Spinal Implants are tested according to several ASTM standards. ASTM F1717 is intended to provide a basis for the mechanical comparison among past, present and future spinal implant assemblies. Three static and one fatigue mechanical test of a spinal construct are governed by ASTM F1717. The three static tests are compression bending, tension bending and torsion. The fatigue test is a compression bending test. The mechanical tests are conducted using simplified loading schemes and do not attempt to mimic the complex loads of the spine. An outline of the four test procedures is as follows:

ADMET biaxial universal testing systems are available for static only or for both the static and fatigue tests outlined above. These tests require specific fixturing described in the F1717 specification and can be provide by ADMET.

Depending on your testing needs, the following systems may be applicable: 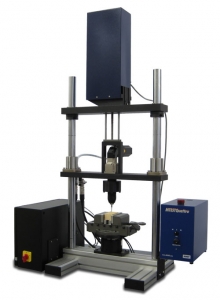 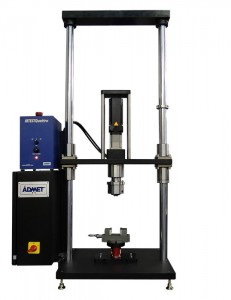 Available in vertical or horizontal setups, the eXpert 9000 Torsion system equipped with the MTESTQuattro controller can be configured to perform static torsion testing on spinal constructs in accordance with ASTM F1717. 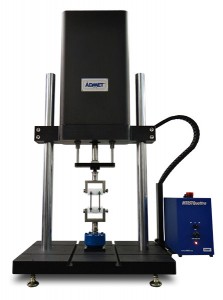 The eXpert 5900 Electrodynamic system equipped MTESTQuattro can be configured to perform fatigue compression testing on spinal constructs in accordance with ASTM F1717. The eXpert 5900 system is also capable of performing the static compression and tension bending tests outlined in ASTM F1717.

Have a question about ASTM F1717 testing?