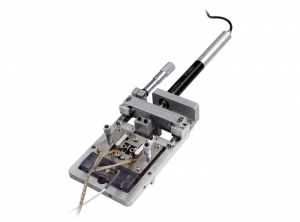 The biomedical sector has spent decades exploring the interactions between differing cells within the human body and how the extracellular matrix plays a role in tissue and organ development. All of this research has opened up ways for determining how a healthy body acts versus cellular responses in a diseased specimen.

Research published in the North American Journal of Medicinal Chemistry shows that scientists uncovered specific molecules that stop the adhesion of tumor cells to other healthy cells within mice. These substances are capable of slowing down metastasis of colon cancer, according to the ScienceDaily.

Researchers from the University of the Basque Country had previously done similar research in mice with melanoma and have now begun creating these metastatic-stopping molecules in new types of cancers. The new research shows the particles have stopped the movement of cancer cells from the colon to the liver. The molecules were able to slow the growth of the tumors as well as inhibit their travel from the site of origin.

“In this project we first designed inhibitors to cell adhesion involved in the metastasis of murine melanomas, and then undertook the chemical synthesis of these molecules, testing their biological potential and activity,” Dr. Fernando Cossí­o, president of the executive committee of Ikerbasque, stated in a press release. “What was surprising was that our calculations predicted that, by introducing relatively small changes, we would be able to generate new molecules with the capacity to inhibit cell adhesion involved in another type of cancer. This prediction was confirmed by the experiments, suggesting that these techniques of chemical design and synthesis could be extended to other related therapeutic targets.”

Today, cancer is a widespread problem across the globe but further research and progress within early diagnosis has improved the rate of survival. The ability to inhibit cancer cell adhesion could further push down the risk of cancer death. If metastasis – or the spread of cancer throughout the human body – occurs, a patient has a much lower likelihood of survival, which is why this research is so pivotal for saving lives. The metastasis of colon cancer, especially, is dangerous, as tumor cells inhabiting the liver leads to a higher mortality rate.

Laboratories, biopharmaceuticals, universities and other researchers within the biomedical sphere studying tissue engineering, cell adhesion investigation and cell/extracellular matrix interaction should consider implementing a tool ADMET offers to learn more about cellular reactions during cancer metastasis or other scenarios.

The ADMET BioTense Bioreactor offers tissue engineers and cell biologists a way to study mechanobiology through high resolution means. The BioTense is able to apply uniaxial mechanical stimulation with forces up to 7N and elongations of 25 mm length. 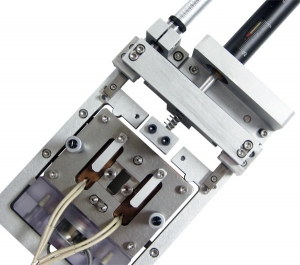 The device is centered above the stage of an inverted microscope and enables researchers to observe the cell-matrix interaction at a high magnification for up to two weeks at a time. The BioTense accurately controls reactor temperature and features a conforming height chamber that decreases dead space volume. Already, this tool has helped researchers study the process of fibroblast population growth and the motions of organized cell sheets.

Through a perfusion process, the instrument is able to maintain desired concentrations of nutrients. The device includes a main chamber incorporating the heating elements, optical access and actuator control through ADMET’s PC-based MTESTQuattro controller. ADMET staff is able to configure the BioTense Bioreactor to meet the needs of their customers.

To learn more about the BioTense Bioreactor, take a look at our brochure here.

Have a question about biomaterials testing?