Open-Loop vs Closed-Loop Systems in the Materials Testing Industry

Universal testing systems with open-loop and closed-loop systems both work with a controller that operates the machine’s movement. The controller sends information to the motor (e.g. to move the machine at 20mm per min). Once the input passes into the start of the system and produces the output, the motor initiates the movement of the crosshead or the ram accordingly.

Open-loop systems tend to be simple and inexpensive as they do not provide feedback from the machine movement to the controller. In other words, open-loop systems act solely on the basis of the input and do not use feedback from the output to self-correct while the test is running. Thus, the test procedure entered into an open-loop controller may vary due to external disturbances, like noise, without the operator noticing. The data acquired from a universal testing machine with an open-loop controller may be imprecise.

In materials testing, when running systems with an open-loop controller, keeping the speed constant might become a problem as there is no direct feedback to monitor and regulate control.  The speed of the machine might change during a test due to various reasons, and the open loop system does not have a feedback control to let the controller know of these changes. The test will run at a modified speed without the machine or the operator noticing. This is a problem especially if tests are to be run per ASTM standards or in any test where the speed has to be kept constant.

Below is a diagram showing how closed-loop testing systems operate. All ADMET testing equipment comes with a closed loop-controller. 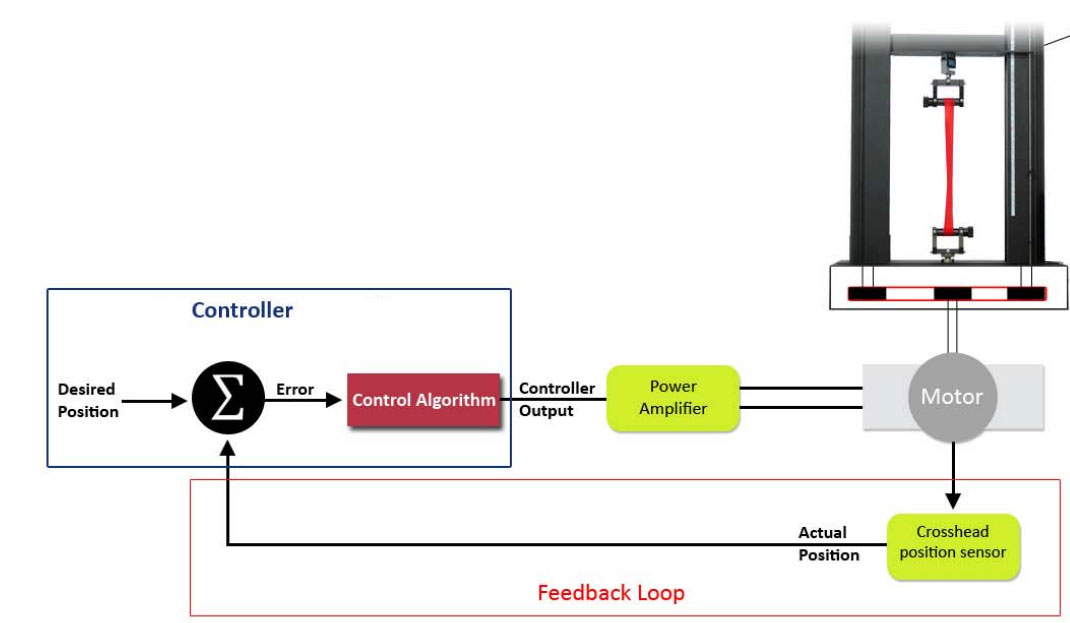 Diagram of a closed-loop system

Want to discuss controller options with an expert?