Rotating beam fatigue testers are one of the oldest methods used to determine a material’s fatigue behavior. To perform a test with ADMET’s Rotating Beam Tester, a sample is placed in the machine and a force is applied via a bending moment from a secondary actuator. The force induces a surface stress that will be tensile on one side of the sample and compressive on the opposite side. When the test is started, the sample will rotate at the desired rate and this rotation will cause the surfaces to interchange so that each surface experiences alternating tensile and compressive stresses. The sample is left in the machine until failure at which point ADMET’s eP2 controller will display the number of cycles it took for the sample to fail. Running a series of tests on identical samples with varying stresses will allow the user to create an S-N curve.

Fatigue: Fatigue failure is a time dependent failure of a material or component due to a cyclic stress that is lower than the material’s Elastic Limit or Ultimate Tensile Strength. Fatigue is generally associated with tensile stresses but there are special circumstances when it can occur in compression.
Frequency: Frequency is a measure of the number of tension and compression cycles the sample goes through. This is typically measured in Hertz (Hz) which is the number of cycles the sample goes through per second. For metals, it is generally accepted that below 200 Hz, the fatigue behavior is independent of the frequency.
S-N Curve: An S-N curve, also known as a Wöhler curve, is a graph that shows a material’s fatigue behavior and endurance limit if it is distinct. As the stress applied to the sample decreases, the number of cycles to failure will increase. The graph shows the stress amplitude (S), the difference between the maximum and minimum stress during a fatigue cycle divided by 2, and the number of cycles (N). A logarithmic scale is typically used for the number of cycles. Depending on the material the graph may approach a limit which is known as the Endurance Limit (SL). 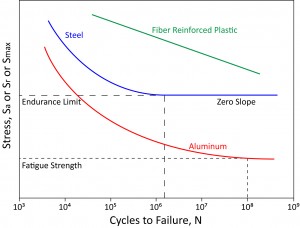 Endurance Limit (SL): The endurance limit of a material is the maximum stress that can be applied to the material indefinitely without failure. Depending on the material, they may or may not show this behavior. Ferrous and titanium alloys typically have endurance limits along with polymers. Materials such as aluminum and copper do not and can fail at very low stresses. Cycling below the endurance limit can be done indefinitely without failure.
Cycle to Failure: Cycle to Failure is the number of cycles before a sample fails. The larger the stress, the less the number of cycles to failure will be. If the stress is below the materials Endurance Limit, theoretically the cycles to failure is indefinite.
Bending Moment: A bending moment is a force that causes a sample to bend. The bending moment is a function of the force applied, the distance from where the sample is supported to where the moment is acting, and the geometry of the sample. 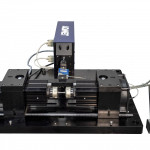 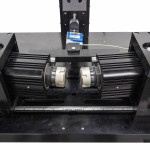 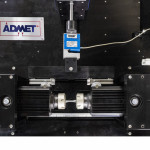 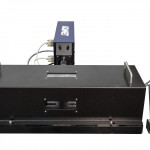 Rotating beam fatigue testing systems were first developed in the mid-1800s by a German railroad engineer named August Wöhler.  He designed the machine to test railroad car axles and investigate axle brake failures. The principles upon which that machine was developed still apply today.

Between 1852 and 1870, the first systematic fatigue tests were carried out on specifically designed laboratory specimens by Wöhler. These tests enabled Wöhler to relate his experimental results to the stresses in locomotive axles. In 1870, Wöhler compiled a report of his experimental work which contained several conclusions known as Wöhler’s laws: 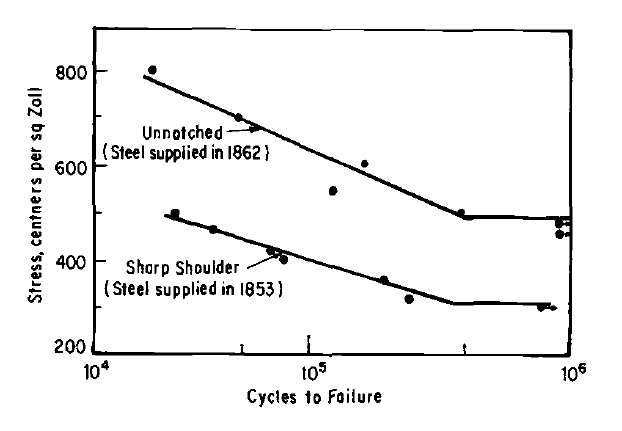 Stress life testing is based on Wöhler’s work and requires multiple constant amplitude fatigue tests on identical samples to generate an S-N or Wöhler diagram.

Have a quick question about rotating beam testing?