Axles are rigid supports that connect and attach wheels in automobiles, buses, trains, trucks, and machinery. Rigid and twist-beam axles have been used in motorized as well as non-motorized vehicles since the beginning of transportation on wheels. In addition, axles are an important component of heavy machinery and facilities used in the heavy industry.

Rotating beam axles are designed to be used over an extended period of time and play an important role in determining the product lifecycle. Used in various applications, axles are selected and designed from metals with specific mechanical properties before being installed to the end-product.

Considering the wheel axle as an example to discuss the forces applied on a rotating beam axle, we would be looking at a couple different forces:

Automotive, heavy machinery, and aerospace industries are amongst those industries that prioritize safety and quality. An essential component of products in these industries, axle beams mentioned above require proper mechanical testing to ensure safe, efficient, and long-lasting product designs. Timing is essential to replacing the axle in such products. If replaced earlier than the actual product lifecycle, costs increase significantly. If not replaced in time, catastrophic accidents may happen. Accurate and reliable rotating beam testing is crucial in determining the correct timing for axle replacement and repairs.

Rotating beam fatigue testing is a special type of test that is run with the beam as the specimen. Instead of applying uniform fatigue stresses to the specimen in the axial direction only, rotating beam testing machines apply bending stress in constant rotation, causing the specimen surfaces to see alternating tensile and compressive stresses and, consequently, mimicking the forces applied to an axle beam in real-life scenarios. The test is continued until specimen failure or until a pre-determined number of stress cycles have been reached. 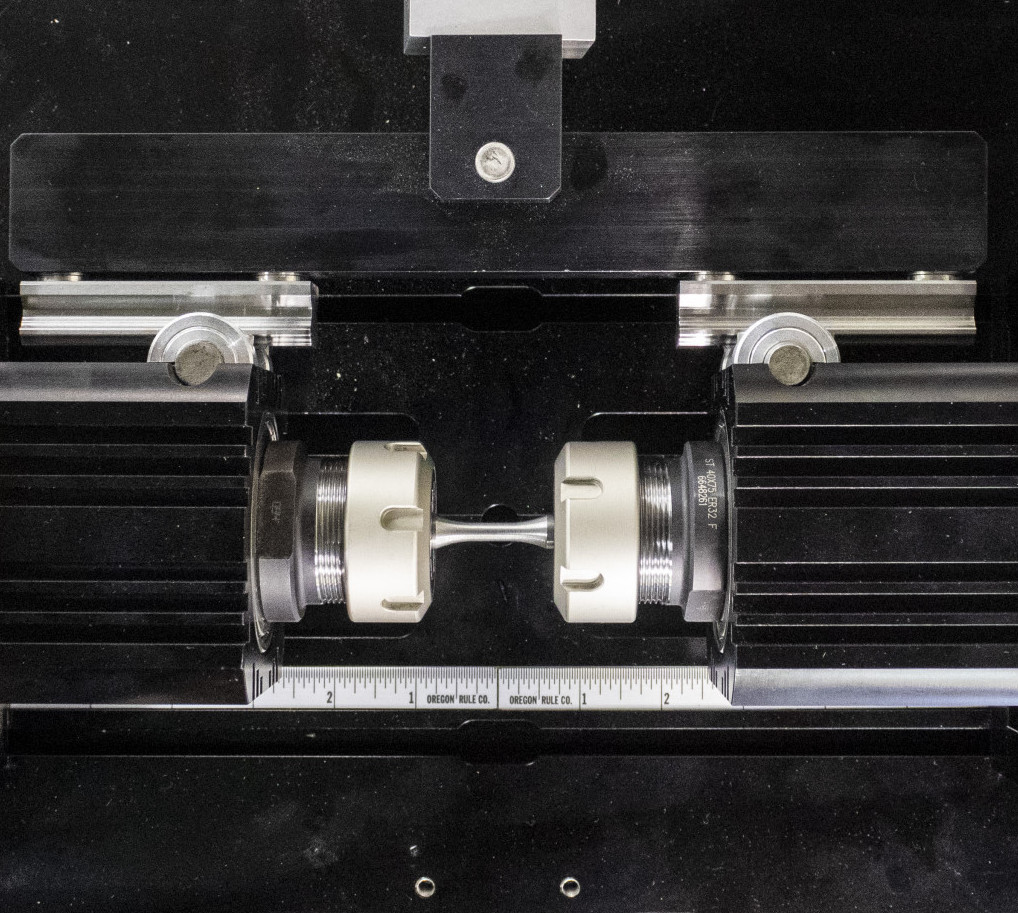 In addition to the safety shield, shown below, and the integrated cutoff switch that automatically shuts the machine off at specimen failure, a cycle counter with a maximum count of 99,999,999 is included and can be programmed to shut off the machine upon completion of a specified number of cycles.

Need to discuss your fatigue testing needs with an expert?

We're standing by to help you!
Contact us today!
By Deniz Yalcin|July 29th, 2022|News, Products|