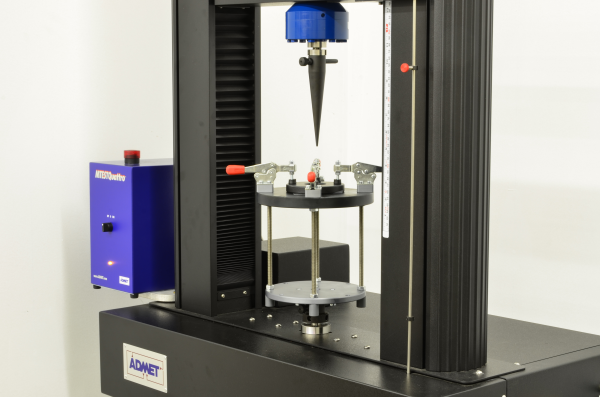 The ASTM D6241 test method is a test used to determine the puncture resistance of geotextiles and similar products. The method is very similar to ASTM D4833, where a test specimen is secured into a ring clamp and a force is exerted against the center of the material by a steel rod (probe) until rupture occurs. In the case of ASTM D6241, a much larger probe diameter of 50 mm is used. A universal testing machine (tensile/compressive testing) can be utilized to meet the requirements of this specification.

Before conducting ASTM D6241, it is important to read the entire specification in the relevant ASTM publication.

Just have a quick question about running ASTM D6241 on your system?