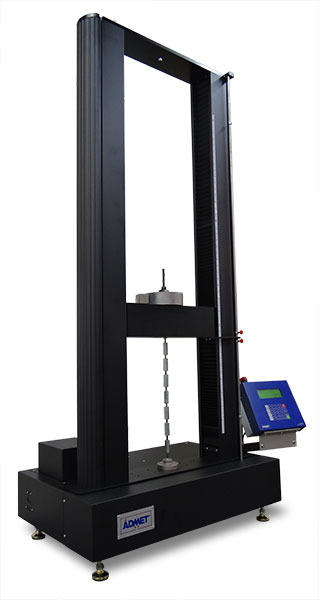 ASTM F519 describes sustained load testing (SLT) of high strength steels to evaluate the possibility of hydrogen embrittlement. The test determines the effect the plating and post-plating processes have on the material’s ductility. The test is conducted by applying a long term sustained uniaxial tension. If cracks occur, an increased force is applied for the remainder of the test. Hydrogen embrittlement occurs when metals are exposed to various sources of hydrogen during the plating process or certain service environments which causes the host metal to lose ductility and become brittle. This test is used by plating and other post-processing companies to determine the effect of the process on the material.

To perform the SLT procedure, an electro-mechanical testing machine equipped with the appropriate specimen grips and software capable of maintaining a constant force are necessary. If you need to conduct Hydrogen Embrittlement tests according to ASTM F519, please read the entire specification from the relevant ASTM publication.

Just have a quick question about running ASTM F519 on your system?